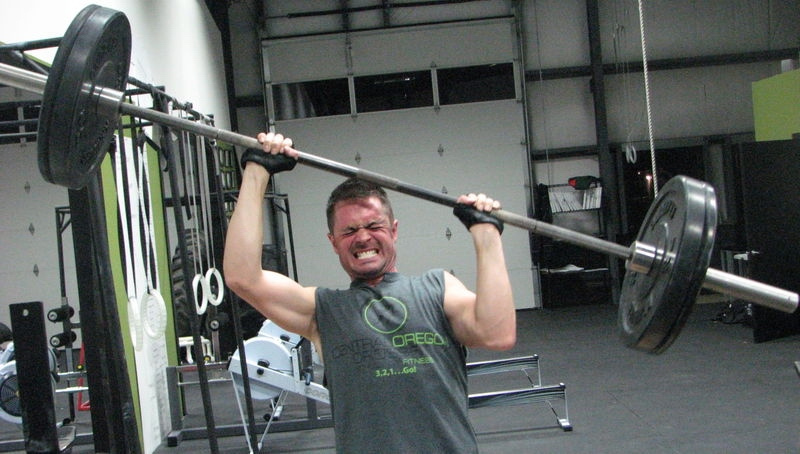 Asking for a crossfit is exactly like asking for a kleenex (small k.) Technically it’s a trademarked brand name, but because of some combination of libertarian idealism and a lack of brand protection you never know if you’re going to get a glorious lotion-infused quadruple ply caressing of your tender nose or if you’re going to scrape it with sandpaper.

As such there are crossfit boxes out there that I wouldn’t send my worst enemy to in the hope that he’ll rip his shoulders out of their sockets doing kipping butterfly flail-ups, and on the flipside there are some truly world-class crossfit facilities that I would send my own mother to for coaching.
I have less than zero interest in trying to “fix” the crossfit world. Thousands of pages have been both spilled and imbibed predominantly by people smugly satisfied that they’re somewhere on the smarter end of the pregression-progression spectrum of training.

But, I’ve had countless situations in which a former client or an online friend has no other option other than to join a crossfit. Sometimes if the choice is between doing your own thing at a commercial gym which ultimately results in you not going at all or joining a crossfit then it’s simply the best option.

At many crossfit gyms it’s not an option to “do your own thing” and it’s a requirement that you follow along with the class and the class programming. This can present a problem, but it’s surmountable for someone who is willing to be just a little bit different. If the box won’t let you make these simple modifications while overwhelming following their lead then it’s honestly a horrible facility and you should reach out to me so I can publicly shame the ownership.

So here is how an individual can fix crossfit, no matter what the ideology or practice looks like inside the walls of the box, just for themselves.

People often get stuck in thinking that if a workout or a program calls for a deadlift that can mean only one thing: barbell conventional deadlift from the floor. Off the top of my head I can think of a dozen ways you could modify a deadlift to make it appropriate. You could do sumo deadlifts, you could change the height of the bar from the floor, you could use kettlebells, and so on and so forth.

Let’s say a workout is as many rounds as possible (AMRAP) in 10 minutes of:

This is a fairly good example of a classic crossfit workout. And it might be fine for some people. And it might be crippling for others. Here’s how you could easily achieve the same basic movement patterns and intention of the workout in a way that might be more appropriate for YOU:

What would you achieve with this? First of all Sumo-style deadlifts work very well for a lot of people to achieve a better starting position and back position throughout the movement. It’s not a fix-all for everyone by any means, but it’s a good example. If you’re going into lumbar flexion on every rep of the non-modified conventional deadlift every rep it’s going to put you in a world of hurt for the (unmodified) next movement: Burpees. Maybe they are fine for some people, but a lot of people I watch do them lack the core strength and control to keep a neutral position throughout the movement so they over-extend and arch their backs repeatedly. A Mountain Climber Sprawl is a fantastic option that is very similar in intent and execution but it allows you to slow down a little and control the movement. Finally, switching from barbell to two dumbbells allows a little more freedom of movement and is generally less stressful to someone with limited overhead mobility.

In short, learning about movement variations you can use when something doesn’t work perfectly for you is probably the single simplest and most effective thing you can do to make prescribed workouts more appropriate for you.

Ideally, you use biofeedback to select the best movements for you.

Use the Clock, but Ignore the Total Time

One of the core ideologies of crossfit is basically to make every workout a contest by running a clock and keeping score. This can cause a big problem when you start getting fatigued to the point where you have to sacrifice alignment to make the movement happen. But, the clock doesn’t have to be your enemy.

In any workout where you have a fixed time period your goal should be to keep the same pace throughout the whole workout. If you come out of the gate too hard you have to force your way through excessive fatigue to keep up. Bad things happen. But if you pay attention to the clock and keep track of your “splits” for each round, you can pace yourself reliably so that you maintain the same time for each round.

When the goal of the workout is to finish as quickly as possible just ignore the god damn clock it does not matter how quickly you finish your workout. Are we clear on that? I don’t care if you are the last person in the gym and they shut the lights out on you. The cost of getting injured because you were pushing yourself past your limits is not worth the glory of having your time written on a whiteboard with dry erase marker.

By the way, there’s no risk of starting out too slow because if you find that your split time is too low you can always do the workout again and increase your pace slightly. It’s called progressive overload and it’s great! 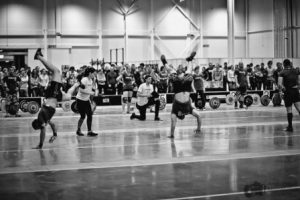 Never Use Weights Because They’re Prescribed

There is only one reason to have everyone in a gym use a specified weight: so you can compare scores. Frankly, that is stupid.

Comparing scores is appropriate for competition. Not for training or working out, not for trying to improve a skill or strength. Use a weight because it’s appropriate, not because it’s prescribed. (By the way that’s a great rule of thumb to keep in mind no matter what – if a prescribed weight in your program doesn’t feel right, adjust it.)

This is your workout. There are many like it, but this one is yours.

It can be extraordinarily difficult to find a gym where you feel comfortable, supported, and are able to keep coming back day in and day out to better yourself. Sometimes that means that everything (the facility, the community, the environment) is great but the training itself leaves something to be desired. As long as you take a little responsibility for yourself, expand your knowledge just a touch, and are willing to sometimes be the odd man out you can take total control of your training experience and always get the best workout for you – no matter where you’re doing it.