You Can Only Get This Olive Oil Because You Know Me 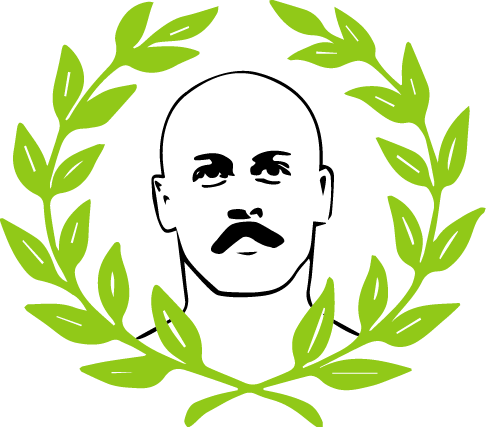 Here's a fact: most olive oil you buy in stores is simply not. I don't mean it's not good, although that's true too. I mean it's literally not even olive oil.

By now it's not a secret anymore, but it's not as well known as it could be either. There's been a New Yorker expose about it, a New York Times best selling book, a bombshell academic report from UC Davis, and countless articles about the very slippery, very profitable business of selling worthless oils as extra virgin olive oil.

It's a simple scam because olive oil can't easily be chemically tested to determine quality. You can pass off almost anything you want as extra virgin olive oil, and most people, having never tasted a great oil, won't even know the difference. Too bad their food doesn't taste as good as it could, and they're eating oxidized, rancid oils with who-knows-what additional chemicals in it that does who-knows-what in the body.

And the economics of selling worthless oil really pay off. To buy a bottle of high quality extra virgin olive oil directly at the mill in Italy you're looking at $15 to $20 dollars. By the time you've imported that bottle to the U.S. with shipping and import fees, you've got another $20 of transport into it, not including profit for the distributor or retail store selling it.

But, take an oil that only costs you $1 per bottle, import it on a massive scale, and suddenly you're making a handsome profit on that bottle of $30 oil.

“ Profits were comparable to cocaine trafficking, with none of the risks. ”
Slippery Business, The New Yorker

Let's not even talk about olive oil that claims to be Italian or Spanish but retails for $10 in the U.S. It's an economic impossibility.

The bottom line is this: if you want to buy a high quality extra virgin olive that will make your food taste as delicious as possible, and will give you all of the wonderful and mysterious health benefits of the polyphenols in great oil, you need to be able to trust where you're getting it from.

If you're reading this, you must already know me, and hopefully you trust me. So let me tell you my story.

I was born in Assisi, Italy, a small town in a region called Umbria, an area recognized by experts worldwide as having the best microclimate and soil for olive trees. It's known as the green heart of Italy because it's a very lush, very verdant, very agrarian area set dead in the center of Italy. My father spent the first 40 years of his life in this area, and grew a social network befitting the most well-known mechanic in the region who was absolutely trusted and loved by everyone who had their car, bus, or farm vehicle fixed by him.

About fifteen years ago one of these friends, an olive grower and miller named Luigi Tega, approached my father with an idea. What if he sold a small amount of Luigi's olive oil in the United States?

And so he did. By 2005 my family was importing several palettes of Luigi's exceptional oil per year.

Unfortunately, an illness in the family sidelined the business, and eventually it was stopped for good.

In a bizarre twist of fate, another illness brought the oil back to these shores.

Right after Christmas 2018 I had just come back from Umbria, having heard everyone raving about what a great year for olive oil they finally had. The previous years had been plagued with bad weather and an "olive fly" that devastated olive groves. This year brought perfect weather for good yields and more importantly complex, flavorful, polyephenol-rich oil.

A good friend texted me out of the blue: "Next time you see your parents, I need a case of olive oil. I'll pay you back!"

The idea hit me instantly. I had been occasionally selling a few bottles to members of my gym and close friends. I'd also been ranting for years on social media about how bad most olive oil was. But the problem was whenever anyone asked where they could get good oil my answer was, "you probably can't."

“ Where can you get good oil? You probably can't. ”

The simple fact is unless you know or trust who you are getting your oil from, there's a good chance you're getting ripped off. How much you pay for the bottle is meaningless. I've tasted $50 bottles at boutique food stores that aren't fit to burn in a lamp. I've also tasted oil that is $85/liter that is wonderful oil, but by no means worth paying that much for.

I couldn't just recommend a brand or name to people that they could find anywhere. The best producers are small, available here and there in specialty stores that have a direct connection to the grower or miller. Or through people like me who have run their hands through baskets of the very olives that will become the oil. They don't have the capacity to be widely available in a market as big as the U.S.

So I decided to start asking around the gym if anyone wanted to pre-order a bottle of oil if I were to order a few cases. I posted on Instagram and opened it up to friends around the Twin Cities. I even agreed to ship it to a few good friends farther away.

The response was far beyond what I expected. So going forward I will keep a few extra bottles stocked, and open up pre-order opportunities occasionally when it seems like enough people are in need of a restock.

That's the backstory of how you came to be able to get this exceptional olive oil. Let's talk about the oil itself for a minute.

Olive oil from Umbria was historically of such great caliber that it was brought to Rome specifically for the Cardinals at the Papal tables.

Luigi's Olio del Cardinale is a blend of four olives grown in Luigi's olive groves at 250-280 meters above sea level: the Moraiolo, Frantoiano, Leccino, and Pendolino.

One of the most important things about Luigi's oil is how it is extracted from the olives within 24 hours of harvest by a state-of-the-art continuous all-stainless cold extraction system.

For thousands of years olive oil production was dominated by the venerable press, literally squeezing the oil out of the olives under intense pressure. You may have heard or seen the term "first cold pressed" on a bottle of olive oil. Well, the problem is that there is really no such thing as cold pressing.

The reality is that any pressing creates friction, heat, and greatly increases oxidation. Even worse the woven mats, known as fiscoli, used to trap the olive paste can introduce musty defects to the oil, and chemicals if they've been cleaned and reused. It's outdated, antiquated technology that no serious olive oil producer uses anymore.

Unfortunately, the extra virgin denomination isn't very rigorous. It simply means that the oil has no more than 0.8% free acidity, has "superior" taste, some fruitiness, and is free from specific defined sensory defects. Even a low quality oil can meet this standard.

When I first met Luigi about twenty years ago he was the proud owner of what was then the absolute state-of-the-art for olive oil extraction. The system is all stainless steel and operates completely at room temperature - no heat at any time. Well, a few years later, I went back and found out that he had replaced the entire system with the newest latest and greatest system, because he's never satisfied with anything less than the best. The new system is still all stainless, and uses a similar concept, but resolves some of the problems found with the early cold extraction systems.

Now you know more about just one piece of what goes into a great oil, and how much misinformation and marketing there is out there to confuse you.

I could go on for days about all the different pieces of the process, and maybe I will in the future. But the beauty of trusting people in the chain that provides your food is that you don't have to know everything I know, as long as you place your trust in me.

You can get Olio del Cardinale because you know and trust me, and because I know and trust Luigi Tega–whose olives, machinery, knowledge, and experience go into the oil within it. Because of this chain of integrity, you can rest assured that what you are getting is exactly as it’s described, and that it's one of the best olive oils in the world.

The 2020 harvest brought an exciting new addition to the family. In early 2020 (before we knew what was coming), I purchased a grove of 181 olive trees in the hills of Assisi. This general area, the same area that the olives that go into Luigi's Olio del Cardinale come from is known as Colle Assisi-Spoleto, or the hills of Assisi and Spoleto. The microregion - due to it's microclimate and soil composition - is regarded as one of the best olive growing areas in the world. Place of origin is, in my opinion, the single most important factor when it comes to the quality of a food. All else being equal of course in terms of quality and care taken in production, where it comes from simply matters more than anything else.

My olive grove is at the very base of a neck in the hillside of Monte Subasio. Water runs down from the hill into this ditch making for fertile ground for olives, but also for wood pigeons that made the hill a popular spot among local hunters to harvest the tasty birds. In dialect, these pigeons are known as Palombi, hence, Col (hill)-palombo.

Olio Colpalombo is a monocultivar, or single varietal, of Moraiolo olives. Moraiolo is known for being exceptionally flavorful with fruity, grassy, and peppery notes. This is the type of olive oil that IS actually considered too fine for cooking and is best used for finishing or in cold dishes. The bottles are 500ml and are hand-numbered to reflect how limited the production is. In 2020, I sold out completely of all 560 bottles of this oil. For this season, the harvest was about two-thirds due to a late freeze and drought during the summer. This year I only have 396 bottles and don't expect they will last very long. Colpalombo is limited to two bottles per person.

Finally, I want to thank everyone for the past several years of this adventure. I never imagined what this would turn into when I offered to order a few extra bottles for my friends. Your support means more than you can imagine to me, and to Luigi and the other producers you're supporting.