Since releasing Off The Floor, one of the questions that keeps coming up is “does biofeedback really work?” This is certainly not a new question me, as someone who has been advocating the Gym Movement Protocol and this style of training for four years. At first glance, people think it’s ridiculous that simply doing a movement can affect your range of motion – and even further that this actually means something. 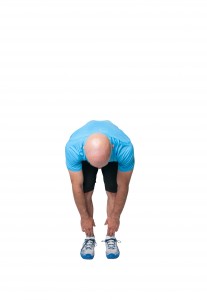 Until someone decides to do a proper study on this (and it’s going to awfully difficult to do an RCT) we’ll have to rely on what we know so far, and what evidence we have. Here are a few things to consider:

The other day, someone asked this same question, “does this biofeedback stuff have any validity” of my friend Jon Fass. Now, the thing you should understand about Jon is that he doesn’t pull any punches. He and Bret Contreras run a podcast called the Strength of Evidence where they expertly dismantle myths and unsupported beliefs using facts and evidence. He often gleefully takes apart outdated beliefs in a well-crafted argument laced with the evidence that works against them. Asked about biofeedback testing this is what he said:

I think that there’s enough evidence from other areas to suggest that it may be plausible; in other words, no, I don’t know if it’s actually working as promised (because, to my knowledge, this kind of training has never been studied), but I don’t think that this is likely to be untrue, at least on first inspection. David and I have discussed writing a thing or two on the subject to be published, basically a “plausibility paper” to encourage further investigation, maybe a case study or two. I definitely find it intriguing, and I have tried it as well. I’ve noticed what appears to be changes in my ROM between different exercises, before and after, etc. What that means, I can’t tell you, but I don’t think that it’s implausible at all when we consider certain hypotheses concerning tissue extensibility, pain research and protective posturing, etc, etc. I think that at worst, it doesn’t work and you instead benefit from the potential of exercise/movement variation, which is still beneficial; at best, there’s something to this and we are benefiting from superior methods of assessment

Ultimately, I don’t want you to take my word for it. I just want you to try it. You don’t have to buy any equipment, and it adds only a few seconds to your workout. At worst it tells you nothing useful and you’re no better or worse off than before. At best, you are empowered with a tool that completely changes how you train and helps you get exponentially better results. Just test it.

P.S. Have an interesting anecdote of your own? Share it below.